Colorado is one of the fastest growing states in the US with the population increasing to 5.8 million residents between 2010 and 2020 (14.8%). As thousands more flock to Colorado’s Rocky Mountains and the Front Range, the state’s 1.85% annual growth rate has remained steady.

Drawn to this Western state because of the outdoor and healthy living lifestyles, the most popular places to live are cities situated along the Front Range. There are, however, some newcomers who would prefer a quieter life in the state’s mountain towns and Eastern Plains.

For those who are hoping to become a future residents, being aware of the cost of living can help you plan your move, especially since Colorado’s high quality of life comes with a hefty price. According to Colorado’s Office of Economic Development and International Trade, the state’s overall cost of living is 12% higher than the national average and is increasing yearly.

Although averages will fluctuate based on where you’re living in the state, the most important expenses to take into consideration are real estate (buying and renting), utilities, food budget, transportation, healthcare, and state taxes.

The Overall Cost of Living in Colorado

Colorado is an expensive state, which may be surprising to a lot of people. For a single person living in Colorado, the average monthly cost is $2,061, meanwhile, a family of four should expect to spend an average of $4,703 each month. Breaking this down into categorized expenses gives a better picture of how you will spend your money to live in this mountainous state.

Part of the reason why the cost of living in Colorado is so high is because of the state’s real estate and housing market, which is 34% more expensive than the national average. For buyers, the average home in Colorado is $591,189, although averages can fluctuate between $488,515-$851,740 depending on location.

Colorado sits in the middle of the road when it comes to utility costs. Research provided by Energy Star estimates that the average US family will spend about $171 per month, however, in Colorado, it’s about $241. Included in the bill are a number of government and private services as well as electricity, natural gas, water, sewer, trash, recycling, internet, and cable TV.

Colorado is one of the healthiest states and boasts some of the lowest obesity rates in the US. Most residents support their lifestyles by following specialized diets, however, this also means spending more on food. For a single person living in Colorado, the average cost of food per month is $316. For two people, the price increases to $632, and for a family of four, it jumps to $1,264 per month.

Depending on how much you drive or whether you rely on public transportation, most Colorado residents will spend hundreds of dollars on transportation each month. Residents who own a vehicle should expect to pay the most with the monthly average hovering around $657 dollars. This includes the cost of gas, maintenance, repairs, and express tolls.

With gas prices currently surging in Colorado, the average price for 1 gallon of gas is $4.51 dollars. Residents along the Front Range will have access to a wide network of public transit systems provided by the state’s Regional Transportation District (RTD). Public transportation can help residents reduce their monthly budget because the RTD services have such affordable rates.

With the option to travel by bus, rail, and light rail between big cities like Denver, Boulder, Fort Collins, and Colorado Springs, the average monthly cost of transportation fluctuates between $114-$200. For even more discounts, residents should look into specific programs offered by the RTD including the CollegePass, FlexPass, or EcoPass.

Even though most Colorado residents strive to lead healthy lifestyles, one monthly expense that they can’t control is healthcare. Healthcare rates are set by the Federal government and each year, medical premiums are increasing. Currently, the average monthly cost of medical insurance in Colorado is $369 per person.

As with any national healthcare plan, the averages will fluctuate based on your premiums and whether your insurance is registered individually or as a family.

All residents in Colorado will have to pay state taxes with the most common being income, sales, and property. Colorado is a flat-tax state, which means that no matter how much or little your income is, you will be taxed at a rate of 4.50%. Sales taxes have a base rate of 2.9%, but many individual cities will add their own tax.

When combined, most cities in Colorado will have a max sales tax rate of 8.30%. However, in some of the smaller mountain towns, the local sales tax can go above 10%.

Finally, for anyone who owns property in Colorado, you will be subject to paying taxes. Luckily, the state has some of the lowest rates for residential property tax with the average hovering at about 0.49%. One of the ways that Colorado keeps property taxes so low is because all of the taxes collected stay within each county.

Cost of Living Based on Location

For a more specific estimate of the cost of living in Colorado, it’s best to look at the price of monthly expenses based on location. Each city is different, with the most expensive areas of the state-centered along the Front Range.

Denver, more affectionately known as the Mile High City, is the capital of Colorado. Located at the heart of the Front Range, Denver became the 5th most expensive city in the United States in 2022. The only cities that have ranked with higher expenses than Denver are San Francisco, San Diego, Los Angeles, and Miami.

To live in Denver, a single resident should expect to spend an average of $3,427 per month. This means that to live in Denver comfortably, residents have a median income of $5,709 per month after taxes. Within Denver, you can further break down the cost by focusing on the average prices of each neighborhood.

The three most expensive neighborhoods in Denver are Central Park, Cherry Creek, and Washington Park. Central Park, formerly Stapleton, is located in East Denver. Known for being extremely family-friendly, most of the residences in the neighborhood are single-family homes. The average price of a home in Central Park is $665,000 dollars.

Finally, the third most expensive neighborhood in Denver is Washington Park. Great for families because of the numerous schools and parks, this neighborhood is quiet, but close enough to Downtown Denver and Cherry Creek to ensure that residents are always entertained. The average price of a home in Washington Park is $537,873 dollars.

Nestled at the base of the foothills is Boulder. Often described as a “hippie”, the city has a tight-knit community that loves eco-friendly living and spending time in the great outdoors. Plenty of families live in the Boulder area, but the city is also known for housing a large campus for the University of Colorado.

One of the downsides to Boulder is that it’s a very expensive place to live, costing an estimated 30.1% higher than in Denver. Regardless, many people are drawn to the area and aspire to make the city their home.

In Northern Colorado, Fort Collins is a beautiful city that many residents are happy to call home. With low crime rates and great schools, including Colorado State University, the city is frequently named one of the best places to live in the United States. Located along the Front Range, residents in Fort Collins can stay active by enjoying the local scenery.

In addition to the great outdoors, Fort Collins is well-known for its breweries that offer a wide selection of craft beer and is slightly more affordable than Boulder and Denver, which makes it attractive to people with a lower budget.

The second most populated city in Colorado is Colorado Springs. Located 70 miles south of Denver, this city is acclaimed for its outdoor lifestyle and stunning mountain views. Home to many military operations including the Air Force Academy, COS has a strong patriotic atmosphere.

A great alternative to Denver, the cost of living in Colorado Springs is lower than some of the big cities located along the Front Range. With the city still close enough to Denver, residents can easily take a day trip into the capital city’s metro area for a day or weekend getaway.

South of Colorado Springs is the city of Pueblo. A historic city, Pueblo is the most affordable place to live along the Front Range. The low cost of living makes the city attractive for those who want to enjoy everything that Colorado has to offer, but with a more affordable budget.

Similar to many of the cities mentioned, Pueblo sits at the doorstep of Colorado’s Southern Rocky Mountains. With plenty of days of sunshine, even in winter, residents can enjoy the great outdoors throughout the year.

For luxurious mountain living, there’s no better place to go than Aspen. Popularized in 1889 with a silver mining boom, this mountain town has become the most prestigious ski resort area in Colorado. Attracting wealth including numerous influential people and celebrities, Aspen is an expensive place to live.

For those who can afford it, Aspen is filled with multi-million dollar mansions and grand estates. In the town, luxury residences provide accommodation to permanent residents and out-of-town tourists.

Wealth isn’t Aspen’s only claim to fame as the beautiful scenery makes this ski resort destination popular year-round. Catering to numerous outdoor activities, it’s a great place for people who want to live in the heart of the Rocky Mountains.

Another ski resort town that has a small population of permanent residents is Vail. Located within the White River National Forest, Vail is a popular mountain getaway for Denver residents. Skiing and snowboarding are the dominating winter sports and in summer, residents enjoy hiking, fly fishing, and golfing.

Durango is located in the southwestern corner of Colorado near New Mexico’s border. A small city, Durango first became popular when it was a stop on the Durango & Silverton Narrow Gauge Railroad in the 19th century. Since then, it has become famous for its wild landscapes, historic town, and Old West charm.

Permanent residents in Durango love the city’s location where they can enjoy the breathtaking scenery of Southwestern Colorado.

Sterling is Northeastern Colorado’s largest city. Situated out on the Northeastern Plains, the community relies heavily on ranching and farming. Although the city is a few hours from Denver, many have chosen to settle in Sterling because of the low cost of living.

Another place out on the Eastern Plains that a select few have chosen to call home is Limon. Located along I-70, Limon mostly sees visitors who are just passing through. However, the low cost of living is certainly alluring for some who want to live close to Denver.

The overall cost of living in Colorado is vastly different depending on where you’re looking to settle down in the state. While Denver is the most expensive city, many of the small mountain towns cost the same if not more than the capital. The only places where living is the most affordable are in the small towns on the Eastern Plains.

Over the past decade, the cost of living in Colorado has dramatically increased. With the state’s popularity growing alongside its population, life in the Centennial State will only get more expensive. In order to live comfortably in Colorado and be able to afford all your expenses (including purchasing a home), you will have to earn more than $100,200 dollars per year.

This breaks down to about $8,350 per month. For many, the high cost of living is a price worth paying. Colorado’s climate, culture, and mountainous scenery make it an enticing place to live. Plus, with so much positive growth produced by the state, the possibilities are endless in Colorado. 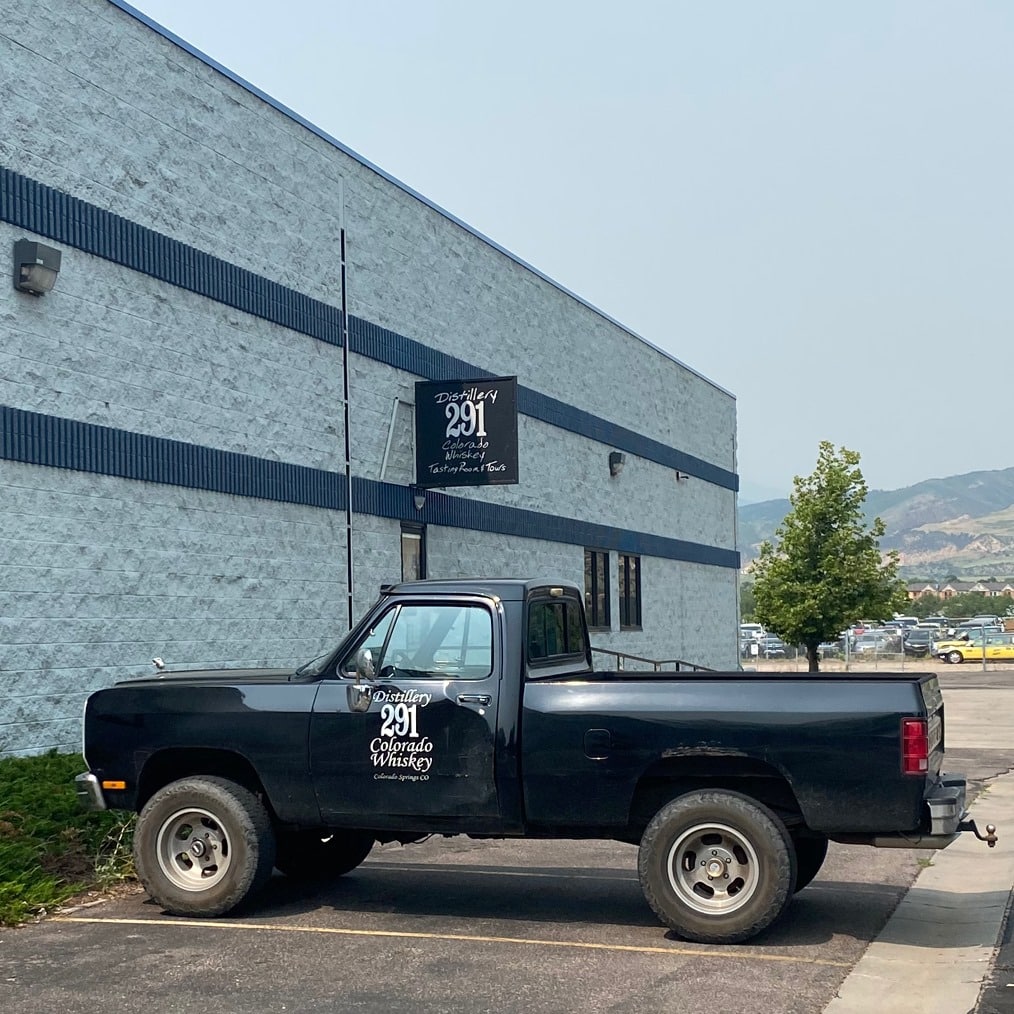